Be part of a history-making mission. Work side by side with artist Edgar Medina to help create a unique work of art that will be launched into space aboard a Blue Origin rocket.

HexaGroup is thrilled to share that MAX will be hosting an event connected with Blue Origin in Houston on Feb 22 & 23. MAX is a non-profit, and seats to this event need to be purchased, with all proceeds going to support their efforts.

Aboard Blue Origin’s New Shepard suborbital vehicle, Media Art Xploration (MAX) will conduct “MISSION ART.” An original painting by artist Edgar Medina and sponsor participants will travel to space then attempt to make a vertical landing back on Earth. While high above Earth, space will play its hand in the art as the payload is subject to capsule movement, atmospheric pressure and micro-gravity freedom. The art will continue to evolve as the capsule re-enters Earth’s atmosphere and lands in the West Texas desert. And finally, the human hands of artist Edgar Medina will recreate the artwork as it emerges from its payload container during a live event at the MAX 2019 Space Festival in San Francisco on May 16-18, 2019. The final piece will be auctioned off at the MAX Space Festival closing party on May 18.

Edgar Medina was born in the small town of Cd. Mante Tamaulipas, Mexico. From birth, Edgar was diagnosed with a serious lung condition, which forced him to spend much of his childhood bound to hospital care. His parents used this time to introduce their son to the world he could create inside the four walls of his hospital room with creative art. His imagination was awakened using crayons and exploring color through his earliest artistic expressions.

As with any artist, Medina’s journey was not a simple one. Edgar opted after high school for a “sensible” career choice and pursued a job in the dental industry for eight years. It wasn’t until a visit in 2007 to the Museum of Modern Art in Manhattan that Edgar’s artistic voice again spoke to him in a way that he could no longer ignore. He returned home to Houston, Texas, a changed man, ready to pursue the dream of making a life for himself as a successful artist.

Edgar Medina originals have shown across the country at galleries in Chicago, New Orleans, Santa Fe and Houston. Medina has been a featured artist at Art Chicago, The Los Angeles Art Show, Art Santa Fe and Red Dot Miami. 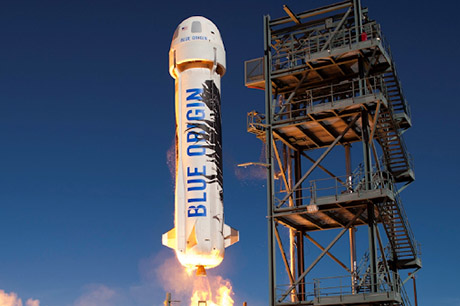 Founded in 2000 by Jeff Bezos, Blue Origin is developing technologies to enable private human access to space with the goal to dramatically lower costs, increase reliability and access to space. Blue Origin is employing an incremental approach from suborbital to orbital flight, with each developmental step building on its prior work.

The New Shepard system is a fully reusable vertical takeoff, vertical landing (VTVL) space vehicle. The system consists of a pressurized capsule atop a booster. The combined vehicles launch vertically, accelerating for approximately two and a half minutes, before the engine cuts off. The capsule then separates from the booster to coast quietly into space. After a few minutes of free fall, the booster performs an autonomously controlled rocket-powered vertical landing, while the capsule lands softly under parachutes, both ready to be used again. 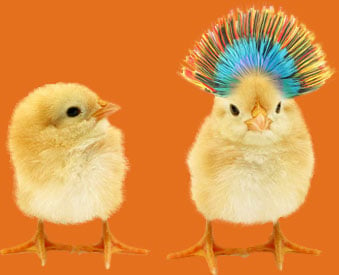